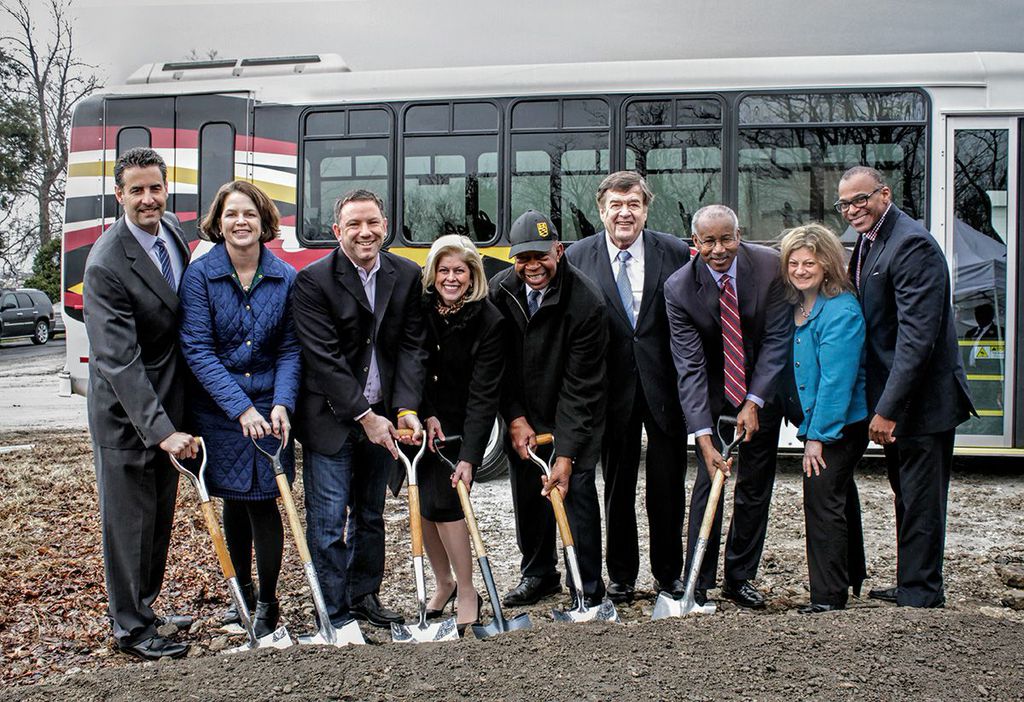 “The future of transportation in Maryland, built on a foundation of regional cooperation, starts now,” said County Executive Ulman. “We have spent years studying ways to improve our service. Our innovative plan creates efficiencies, and today that plan becomes reality.”

Today is the first day of operations of the Regional Transportation Agency of Central Maryland (RTA). The RTA will coordinate all transit services in member jurisdictions, including bus routes and Connect-A-Ride services, and has contracted with First Transit for management and operation of buses that will operate in the member jurisdictions.

Through that contract, cost will be roughly $2 million a year lower compared with the previous structure.

Maryland will greatly benefit millions of Marylanders and specifically the residents of Prince
George’s County. We are very excited to work with our neighbors in Howard County, Anne Arundel County and the City of Laurel on this new endeavor.”

Added Laurel Mayor Craig Moe: “We believe this new system will benefit our residents and produce savings that can lead to better service. The City has long been a champion of regional service in the Greater Laurel area. This makes it happen.”

Among the visible changes that customers may notice either immediately or in the near future:

There are service improvements in Howard County. Additional trips will be added next week to Route 406 (formerly the Howard County Transit Red Route), which is one of the busiest routes in the county. Buses will be scheduled at 30-minute intervals instead of the current 60-minute intervals, providing more convenience for riders.

“Residents of Howard County and throughout the region deserve better transportation solutions, and I applaud County Executive Ulman and John Powell, administrator of the Howard County Office of Transportation, for working tirelessly on this plan,” said Howard County Council Chairman Dr. Calvin B. Ball. “When we work together, we develop innovative programs.”

In March, ground was broken on a $15 million Regional Transit Maintenance Facility in Savage which will also provide efficiencies and cost savings. The centrally located facility is scheduled to be operational by mid-November 2014.